Trending Now
#Whatever Your Life Goals, Always Have these 6 Essentials #Drink This Water And You’ll Lose 12 Pounds Of Belly Fat In Just 2 Weeks #Combine Honey, Bananas And Water To Eliminate Bronchitis And Cough! #Cut Lemons And Put Them Near The Bed You Sleep #Eliminate Skin Tags, Moles, Warts And Age Spots Naturally #How To Repair Cracked Heels In 10 Minutes #Falafel Recipe Baked or Fried #6 Muscle-Friendly Fruits #The best recipe for fried rice #Call it a Killer of fat – a Spoon of this Spice and you Will Lose 20 Kilograms

This is going to sound like a humble brag but bears with me: I’ve never had trouble making friends.

On one level, it’s due to one innate characteristic: I like people, and I think there’s something interesting about everyone.

I’ve rarely met a person I don’t want to talk to for hours (not always reciprocated – I know I can be tiring), and I quite enjoy going to a party without knowing anyone there.

It’s probably also due to socialization. I’m an only child, and unlike pretty much everyone I know who has a sibling, I’ve always had to actively make friends with kids my own age or risk being stuck with only my parents for company.

This ability to make friends has carried into adult life, and in my 31 years, I’m lucky to call many people my good friends.

However, I know that it’s not easy for everyone. If you’re even somewhat engaged with the media, you’d have noticed that loneliness is increasingly slipping into our everyday vernacular.

Government and research institutions are saying we’re in the midst of a loneliness epidemic, with people in their 20s increasingly disengaged from social life.

Technological and societal shifts have forced many of us into gig jobs, solo work, and entrepreneurism, and the rigor of traditional working environments (think 9 to 5) – where so many people get their social interaction – is slowly being dismantled.

A study by Swinburne University and VicHealth found that one in three adults aged 18 to 25 reported problematic levels of loneliness. One in four young people (aged 12 to 25) reported feeling lonely for three or more days within the last week.

Research is increasingly showing that being lonely has huge health implications, such as posing a bigger risk of dying early than smoking; leading to depression, poorer cardiovascular health and, in old age, a faster rate of cognitive decline and dementia.

It also doesn’t help that we live in a society that relegates friendship as the lesser cousin of the romantic relationship. When we grow up, partner up and start a family, friendships usually fall by the wayside. Our children (if we have them) and our partners take priority, closely followed – or even interchangeable – with work.

A study published in the British Medical Journal found that men and women who reported having 10 or more friendships at age 45 had significantly higher levels of psychological well-being at age 50 than those with fewer friends, and there’s even research showing that a good friendship can boost cognitive function.

Women, in particular, seem to benefit more from having friendships, especially of the same sex, but it’s hard to determine if that’s because we are socialized to be more outgoing and open than men, or if it’s due to biology.

So, How Can We Make New Friends? 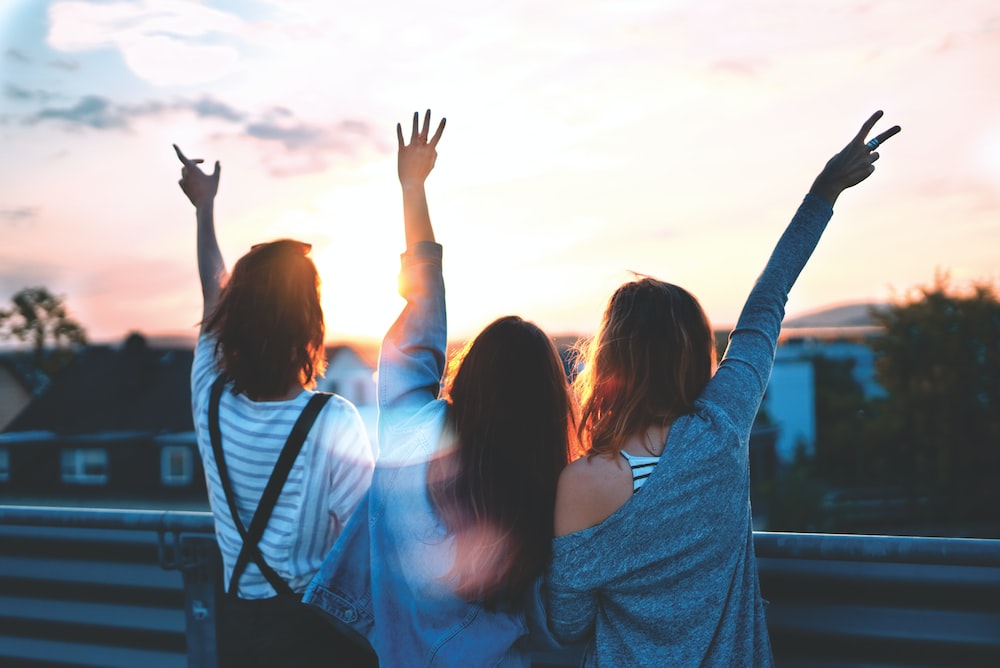 It’s about overcoming the mindset that as adults, we no longer need friends – and the fear of being rejected if we do make an overture.

As clinical psychologist Dr. Kate Cummins points out, children, when presented with a new friendship-making opportunity, aren’t as worried about rejection as adults.

“During childhood, the part of our brain (prefrontal cortex) which provides executive functioning ability like judgment, planning, and personality is not fully developed,” she said.

“As we age, we get more into our heads about the judgment of another person, or the thoughts they may have about us.”

Increased responsibilities and changing circumstances can also make it difficult to keep up with friends, but that’s no reason to give up entirely.

Many adults continue to successfully make friends, especially those who are forced out of their comfort zone while traveling alone or living as digital nomads.

So, next time you’re at a party or at a function and you meet someone that you would love to see again, just tell them: everyone likes to be told they’re worth someone’s time. Ask for their number or, if it’s a work event and you’re feeling shy, their LinkedIn.

And then actually contact them for a coffee or lunch. You’d be surprised at how many will respond, and, in time, develop into true, fulfilling friendships.

This article was written by Sharon Green and originally published on She Defined.

Shifting to a more sophisticated wardrobe: How to transition your style from your 20s to your 30s

The importance of learning patience

Style tips: How to choose clothing in colors that suit your complexion

SHE DEFINED is an online publication for smart, savvy women who are in search of more. It’s for the career makers, business creators, adventure seekers, health enthusiasts and, most importantly, it’s for those who are forging their own path. If you’ve ever challenged the status quo or thought about breaking free from conventions, then this is the place for you.

Previous Posts Why Do Small Businesses Need a Website?
Next Posts Chicken Quesadilla with Cheese and Veggies